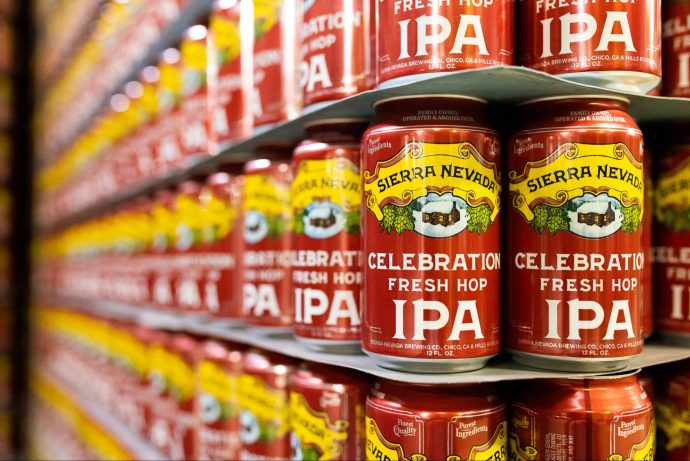 It’s always nice to see a venerable beer like Sierra Nevada Celebration IPA still able to stir up some excitement. The brewery posted a picture of Celebration cans ready waiting to be filled, and fans re-professed their love for this seasonal beer all over again. Celebration IPA is an absolute seasonal classic, akin to Bell’s Two Hearted, or Russian River’s Pliny the Elder. Only, you can only get it as the year wind’s down.

Later this month, Celebration Ale will hit shelves once again.

Sierra Nevada has been brewing this fresh-hopped India pale ale since 1981, just one year after opening in 1980. While craft beer’s #1 selling style [IPA] has seen a lot of trends, Celebration Ale has remained steadfast in simply staying as-is. Perhaps that mix of quality and reliability is what makes it so popular – a fact proven by the overwhelming reactions from Celebration fans after the brewery posted the above photo this week.

Celebration Ale follows Oktoberfest in the brewery’s seasonal series of releases. Expect 12-ounce cans to hit stores for the first time this month in 6, 12, and 24 packs.