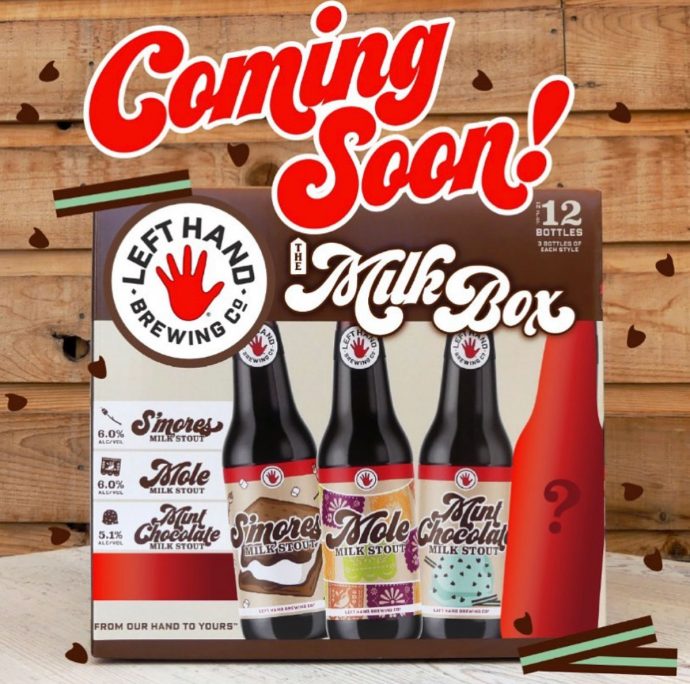 Left Hand Brewing’s Milk Stout is a beer of pure beauty. One of the best milk stouts in the U.S. if you ask us.

Over the last month the Longmont, Colorado-based brewery has been slowly revealing the contents of a 2nd edition of the brewery’s 12-pack dubbed “The Milk Box.” The variety pack is a milk stout lover’s dream.

The Left Hand Milk Box is making a second appearance this fall with a new cast of characters.

What’s the 4th?  We are guessing Left Hand Double Milk Stout. An imperial edition of the venerable year-round Milk Stout. This edition is a big 10.5% alcohol by volume. According to the label – “Double Down! Decadent notes of milk chocolate, roasted coffee, brown sugar, and vanilla cream.”

Like we said. It’s just a guess. Either way, Double Milk Stout is something we look forward to drinking. Soon. 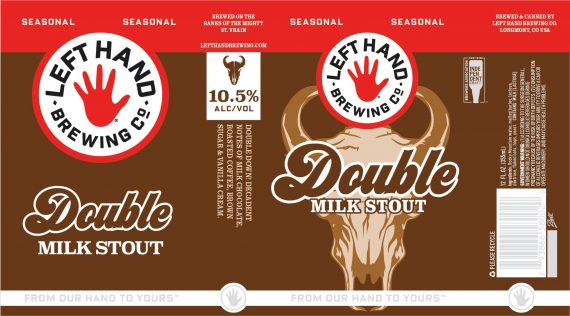