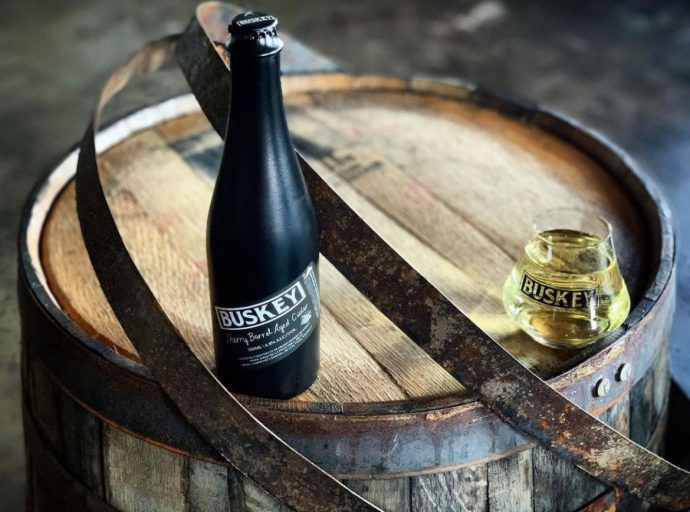 Virginia-based Buskey Cider is releasing Sherry Barrel-Aged Cider this Friday. It is one of just a handful of barrel-aged offerings by the cidery to date.

The inspiration for this cider starts with co-founder Elle Correll, who spent time in Jerez de la Frontera, part of Spain’s Andalusia region. The city is well-known for its sherry production. According to Buskey, Elle has been wanting to make a sherry barrel cider since they opened.

A barrel-fermented cider -a 100% Virginia-grown blend of Ashmead’s Kernel, Black Twig, and Winesap apples went into an Oloroso Sherry barrel in December of 2019. After 9 months, the cider was bottled and bottle conditioned for over a year.

[This] unique bottled cider is nutty, with a raisin character with a citrusy finish.